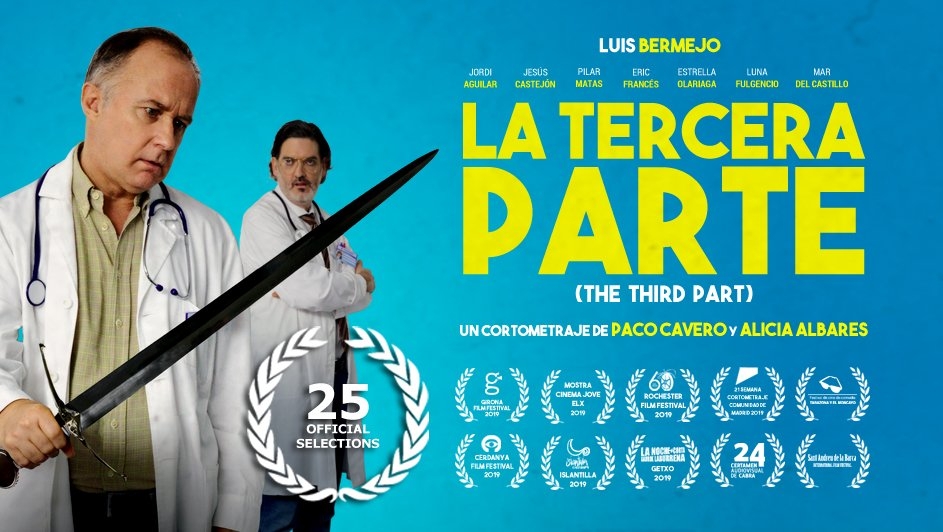 SINOPSIS LARGA: IDIOMA ORIGINAL Sergio se está muriendo, padece cáncer de médula. Su médico, Millán, quiere que el crío cumpla su último sueño. Ayudado por el resto del equipo médico, dejarán de lado la vergüenza para hacer realidad su última voluntad… SINOPSIS LARGA: INGLÉS Sergio is dying from marrow cancer. His doctor, Millán, wants him to achieve his final will. Helped by the rest of the medical team, they will leave embarrassment aside to make his last dream come true. BIOFILMOGRAFÍA Alicia Albares was born in Madrid, in July 1984. Since she was a little girl, she loved reading and she started writing her own stories very early. Her tales brought her a lot of awards. In that moment, she discovered her passion for storytelling and her will to turn them into images. So cinema became her goal and fate. She studied Communication in Complutense University in Madrid, while she started to write her own proyects. Focused occupationally and vocationally in cinema scope, she has worked in a lot of films as third assistant director and production assistant. Because of that, although she’s very young, she has already hoarded a great experience and a deep knowledge in cinema matters. In these days, she is the manager of the short film and movies distribution company called YAQ Distribución. In 2013, she directed, wrote and produced her first short film, To the other side an astonishing story full of magic an mystery, which has won 20 awards and collects more than 160 selections in festivals in Spain and around the globe. It h as been selected in festivals such as Los Angeles Screamfest, Razor Reel, Lund Fantastic Film festival or the Zaragoza’s Film Festival. Where Leaves Fall is her second shortfilm, starring María Miguel, Carlos Álvarez-Nóvoa, Jesús Castejón and Asunción Balaguer. Alicia Albares is a dream seeker, a pure creative person, a young woman who knows that her stories have much to offer. She hopes to get that her stories will be known and shared with the world. Madres de Luna is her third short film as screenwriter and director, and the main cast are Ingrid Rubio and Ramiro Blas. She is writing nowadays her first script for a movie. Paco Cavero (Tarragona, Spain, 1980). Advertising illustrator and publisher, he falls in love with the world of cinema since he was a child, but it is not until 2007 that he shoots his first short film, «Yo y sus geranios» (Me and her geraniums). Subsequently followed by a series of short films, all in a comic key, such as «No lo vas a entender» (You will not understand), «¿Qué demonios ocurre?» (What the hell is going on) or «Boing!». In 2011 he took a leap in quality and shot the first part of a trilogy of manners where supernatural beings make theirs. That film, «Le llamaremos Bobby» (We call him Bobby), harvests more than 100 international selections and 14 awards. The second part of that trilogy was «Por eso no tengo hermanos» (That’s why I don’t have brothers) (2014), which won more than 110 selections and 12 prizes. The most recent of the parties, «Verde Pistacho» (Pistachio Green) (2016) has managed to get into more than 120 international festivals and get 11 awards. «La tercera parte» (The third part) is his new work, co-directed with Alicia Albares. Ficha técnica Categoria  : Fantástico ficción Genero :  aventura, comedia, derechos humanos, drama, fantasía, infantil. Tiempo : 16 minutos Temática: asuntos sociales, cultura, discapacidad, familia, infancia medicina, mujer, peliculas sobre cine, salud . País de rodaje: España
Esta web utiliza cookies propias y de terceros para su correcto funcionamiento y para fines analíticos. Al hacer clic en el botón Aceptar, aceptas el uso de estas tecnologías y el procesamiento de tus datos para estos propósitos. Ver
Privacidad